Address:
Grodno region, Novogrudok District, Lyubcha
The Lyubchansky Castle is a landmark building for the region region, erected at the turn of two architectural eras - Gothic and Renaissance.

The Lyubchansky castle or, as it is also called the castle of the Kishek and the Radziwills, was built on the left bank of the Neman River in the second half of the 16th century in the village of Lyubcha. The castle appeared at the turn of two eras - Gothic and Renaissance and absorbed features of both architectural styles.

On the initiative of the influential magnate and nobleman Jan Kiszka, a castle was built in 1581 in Lyubcha on an embankment with an area of about 0.7 hectares. All of its buildings, with the exception of one stone tower at the entrance, were wooden. The territory of the castle was outlined on three sides by a moat up to 10 m deep, on the fourth side it was fenced off by the waters of the Nemunas.

In the middle of the 17th century, a talented commander, the Hetman of Lithuania Janusz Radziwill, who became famous during the war with the Cossacks of Bohdan Khmelnitsky in 1648-1651, became the owner of the Lyubchansky castle. 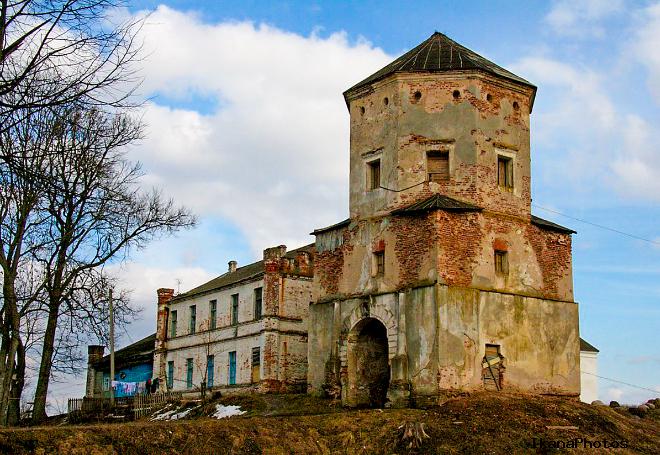 Only two of the four towers built of bricks and boulders have survived to this day. In 1964, a local history museum was organized at the school that occupied the castle building.